howdoyoudo
Custom-made missions
Our recipe for success is
actually quite trivial.

No matter what part of the company the commission concerns, we always involve all levels of management. Otherwise, it’s money thrown out the window.

Anything we don’t necessarily have to do ourselves in the future, we’ll be happy to teach your people. You don’t want to be paying us forever, right?

We don’t do anything we don’t know how to do. That’s why we keep training, facilitating, coaching and also listening – because sometimes that’s what’s needed most.

We spend exactly three days and three nights pampering each commission. We do this for one reason only: to keep it simple and not boring (which brings us back to point 1)
Case Studies 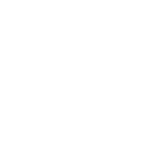 To bring their client service to a top-quality level, quickly and efficiently

Řešení a forma:
1.
Half-day workshop with management and team leaders – clarification of observable objectives of the programme, creating a common vision of how pro-client service should work + listing specific requirements and existing obstacles

2.
Half-day workshop for several groups of front-line employees on listening, hospitality, training for the most challenging real-life situations + exercises and action plan called “Makes my day” (i.e. what makes me feel better and helps me enjoy my day at work, what others can do and what I can do)

3.
Follow-up workshop with management and team leaders – working with feedback, learning the needs of the subordinates, solving a case study, “Makes my day” exercise for management.

12 managers and 80 team leaders lead 700 heads of the Operations division at Česká Spořitelna. Quite a few changes, including some of the leadership, various successful experiments with agility, ambitious goals.

foster leadership in the division (and a bunch of metrics, KPI's and words like empowerment and growth mindset). MANA is emerging - a parallel and complementary management academy for a population of managers and teamleaders

A two-day offsite with the management team. Setting expectations and roles in the AKA Contract&Ownership program.

Round One: Focus Groups.

Half-day focus groups with teamleaders with managers as listening sponsors. Mapping themes, obstacles, challenges in leading teams, own psychological hygiene, middle ear pain and childhood traumas. Co-designing the program. As we did the final design of the trainings together according to the needs and expectations of the participants.

Workshops on topics such as self-knowledge, mindset & energy mngmt or challenging communication. Sharing, bálint, exercises. At each training, participants are given a quest. A condensed version runs in parallel for managers, who receive notes to lead the quests. So the real magic happens after the training.

As a follow up to the training, each team-leader and his immediate superior is given a complementary task, i.e. a quest. Quests range from giving peer feedback, to discussing motivation, development, teamwork and change. Their main goal is to create a structure for authentic discussion and to foster mutual trust.

Round Four: Wrap up

Final debriefing at both levels. To be continued next time...

CEZ is a huge group. Like... really huge! Despite its long-standing commitment to the development of its people, in '22 the first-ever all-encompassing leadership academy connecting D2-level leaders is created - it's like B2 in your company, only now you're in CEZ, so everything is called something else. For example, L&D here is RLZ. So lawyers, plant managers, IT people, or even the head of diversity would get together. It's a mess at first, but a great opportunity to share and build a unified culture.

Back at the kick-off, everyone thought we'd be tackling the Green Deal all year, which posed considerable change management challenges: moving away from coal and redeploying rank-and-file staff (ideally within the group through retraining). And then the war broke out.

A presentation to the entire population where we presented the program, expectations and goals. The entire academy is voluntary: decide if you are willing to invest the time and energy. If so, we look forward to seeing you!

Round One: Focus Groups

War is raging in Ukraine. Fears of a gas transition are turning into fears of gas shortages and fears sort of in general - somehow from the meaninglessness of being. Topics like working with uncertainty, mental health, motivation, managing emotions come up very strongly.

A series of training sessions where participants rotate - an internal form of networking. Under the horizon of focus groups, we set topics such as motivation and performance, emotions in conversations, situational leadership, facilitating group discussion, and managing change. We make videos on mental resilience and psychotherapy.

We include workshops for shift leaders in the most vulnerable areas where coal plants/thermal plants were to close. The main soft topic is motivation, emotions, insecurity. In cooperation with internal HRBPs (yes, they are HRBPs in CEZ too) we present retraining and internal promotion opportunities.

A year-long intensive collaboration culminated in a joint empowerment training with a transition over hot coals. The move away from charcoal is being held back by events; burning a cube of birchwood is no longer such an issue in this context.

write us
close
We use cookies on our website to give you the most relevant experience by remembering your preferences and repeat visits. By clicking “Accept”, you consent to the use of ALL the cookies. However you may visit Cookie Settings to provide a controlled consent.
Settings Accept
You can refuse consent here.
×
Cookie settings

Analytical cookies are used to understand how visitors interact with the website. These cookies help provide information on metrics the number of visitors, bounce rate, traffic source, etc.

Performance cookies are used to understand and analyse the key performance indexes of the website which helps in delivering a better user experience for the visitors.

Advertisement cookies are used to provide visitors with relevant ads and marketing campaigns. These cookies track visitors across websites and collect information to provide customised ads.